Wolverine World Wide is NOT our business of the year. 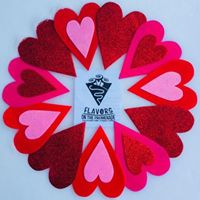 Flavors on the Promenade

Welcome to our delightful rolled ice cream, crepe, and coffee creation shop! We offer exciting and delicious options for you to enjoy. Come visit TODAY!

Flavors on the Promenade

Welcome to our delightful rolled ice cream, crepe, and coffee creation shop! We offer exciting and delicious options for you to enjoy. Come visit TODAY!

At the annual meeting in January, the Rockford Chamber of Commerce voted Wolverine World Wide as Rockford's 2019 Business of the Year.

Wolverine ran a tannery downtown Rockford that was torn down about a decade ago. This lot sits on the edge of downtown, covers 15 acres, and has enough space to fit the entire downtown Rockford business district in the empty lot plus more. But it's never been redeveloped. Why? Because Wolverine left the lot so polluted the EPA declared it a Superfund site, one of the most polluted sites in America. 15 acres of prime real estate in one of the hottest downtowns in West Michigan, completely useless.

This site sits on the bank of the Rogue River, where Wolverine dumped untreated chemicals for years, upstream from the City of Rockford's water pumps until those pumps were moved in 2000. This has led to so much buildup of toxic chemicals that the Michigan Department of Environmental Quality had to issue a warning not to touch the foam or drink the water. During the summer, handwashing stations are deployed by the river for anyone who wants to brave the waters.

And that's just one site. Wolverine also dumped toxic chemicals in Algoma township and Plainfield township in unprotected barrels, barrels which have begun to leak. This toxic dumping has led to Rockford citizens being unable to drink their own water at their own house. Wolverine was sued by the State of Michigan, and instead of making the situation right, they stalled in courts for two years finally settling the lawsuit in December. The settlement has Plainfield Township extending their city water supply to the homes impacted by Wolverine's carelessness. But that won't be completed for another five years.

The main issue is with the chemical Scotchguard, used to waterproof leather. This contains a compound known as PFAS, which is known by the EPA to cause developmental issues, liver and kidney problems, and in some cases cancer. But we're not just talking about PFAS. The tannery site was (and still is) contaminated with copper, arsenic, and so much chromium that the soil turned blue. Chromium is a well known carcinogen, along with causing kidney and liver damage.

And instead of taking responsibility to clean the mess they've made, Wolverine pointed the finger at 3M, the maker of Scotchguard, and said they would not pay to clean the citizen's water unless 3M was held responsible. I'm sorry Wolverine, but 3M did not dump these chemicals. You did.

The Chamber of Commerce has defended the Business of the Year award as saying it was a popular vote by the Chamber's 400 members, and awarded based on the company's community leadership, customer service, and involvement in quality of life projects for the residents of Rockford, pointing to Wolverine's contributions to United Way and North Kent Connect.

One year of charity work does not make up for the decades of damage Wolverine has cause to Rockford, to the people, and to our city's reputation.

Rockford is making national news because its citizens are being poisoned by the town's largest employer, who is doing its best to deflect blame and shirk responsibility. Wolverine claims they are "honored" by the award and "couldn’t be more proud to call Rockford our hometown". Maybe it's time they start acting like it.